Sustainability remains at the top of the agenda despite the ups and downs of 2021, with our industry ready to commit to a more renewable, regenerative future. We’re pleased to share two takes on this topic as the year wraps up.

Representing the SITE Chapter point of view in today’s post is Carla Mott Ancona from SITE South America. Featured here after originally sharing it on the SITE South America chapter website, Carla asks whether a new paradigm for incentive travel is needed: one that emphasizes sustainable, responsible, and regenerative practices.

There are few better things in the world than traveling — getting to know new places, discovering their stories, exploring different cultures and customs, experiencing unique cuisines, admiring amazing landscapes, meeting people, venturing out and being enchanted by everything the world has to offer.

Travel is part of one of the most important sectors of the world economy, involving a large production chain. According to the World Tourism Organization (WTO), there were a record 1.4 billion international trips in 2019. The sector was responsible, pre-pandemic, for more than 10% of the world’s GDP and for one in 10 jobs on the planet.

The industry represents job creation, export products, integration between cultures, exchange of experiences, and many other benefits. Additionally though, it also represents a source of increased greenhouse gas emissions, depletion of natural resources, excess waste, exploitation of labor, gentrification, deepening inequalities and even cultural extinction.

The sum of tourism’s impacts also contribute enormously to the climate crisis, one of the main agendas of governments around the world today. Our effect on the planet over the last 50 years is the greatest in the history of civilization and is considered a new geological era: the Anthropocene. Scientists consider us to be the last generation that can reverse these destructive processes and save our species. The tragedy of Covid-19 was the most dramatic warning we could have had about this moment in which we live.

It is precisely the greatest weakness of the tourism industry that can become its greatest strength: its capillarity, with operations in in numerous destinations around the world. Tourism needs to operate according to a new paradigm, creating a positive impact in each place, with no degeneration, and even contributing to the regeneration of the planet. This new way of understanding tourism can be thought of as sustainable, responsible, and regenerative — three concepts that merge and complete one another.

“Sustainable tourism” was first defined during the UN Conference on Environment and Development (Eco-92), which took place in Rio de Janeiro in 1992. Sustainable tourism seeks to increase benefits and reduce the negative impacts of tourism on destinations, people, and the planet.

“Responsible tourism” was established in 2002 during the World Summit on Sustainable Development in Johannesburg. Its main objective was recognizing that, despite advances in reducing the environmental impacts of tourism, sustainable tourism proposals did not consider local economic development that benefits indigenous communities and peoples, or the management of tourism’s social and cultural impacts. Responsible tourism can be translated into actions such as generating as little garbage as possible (and, when generated, discarding it correctly), conscious consumption of water and electricity, preservation of nature, and income generation for residents, among other actions.

“Regenerative travel” goes a step further and requires social, economic, and cultural involvement. In other words, it needs to help destinations visited become better places than they were before, and positively impact communities visited.

Incentive trips are an excellent opportunity to practice one of these forms of tourism. It is up to each one of us, using our magic, knowledge, and creativity to create a priceless trip; to provide to our passengers the possibility of effectively contributing to a better and fairer world for all beings. What prize could be better than that?

Thank you to Carla for challenging us as incentive travel professionals — and as SITE Chapter members — to pursue sustainable, responsible and regenerative ways of approaching our work. It’s also fantastic to see SITE Chapters showing their sustainability thought leadership!

And if you’re looking for more sustainability insights to cap off your year, be sure to read Benoit Sauvage’s recent Motivate entry. 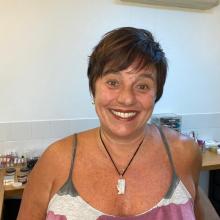 In partnership with the team at Marina Bay Sands and BEAM

COP26 Legacy for Glasgow and the Planet

The case study below was written by Olga Walker, a SITE Scotland member and the chapter’s Sustainability Ambassador