A Special SITE Board Meeting in Jamaica 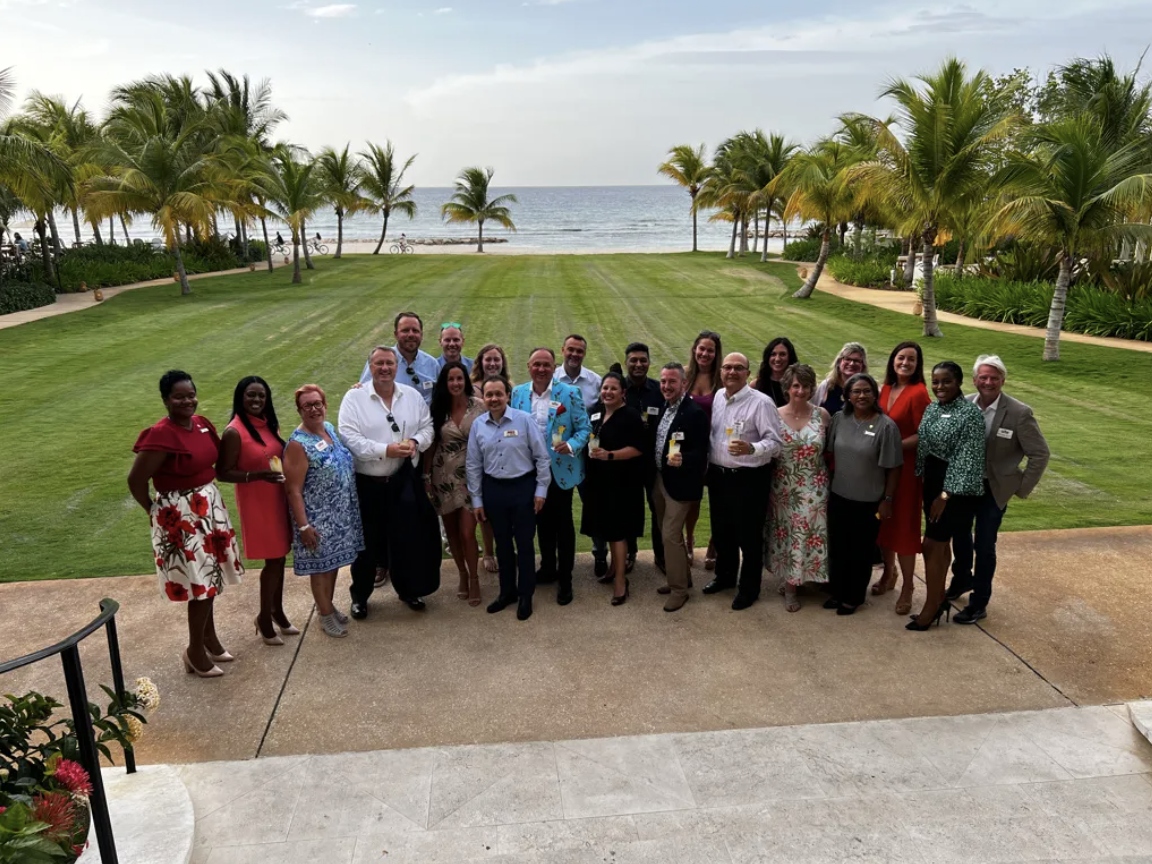 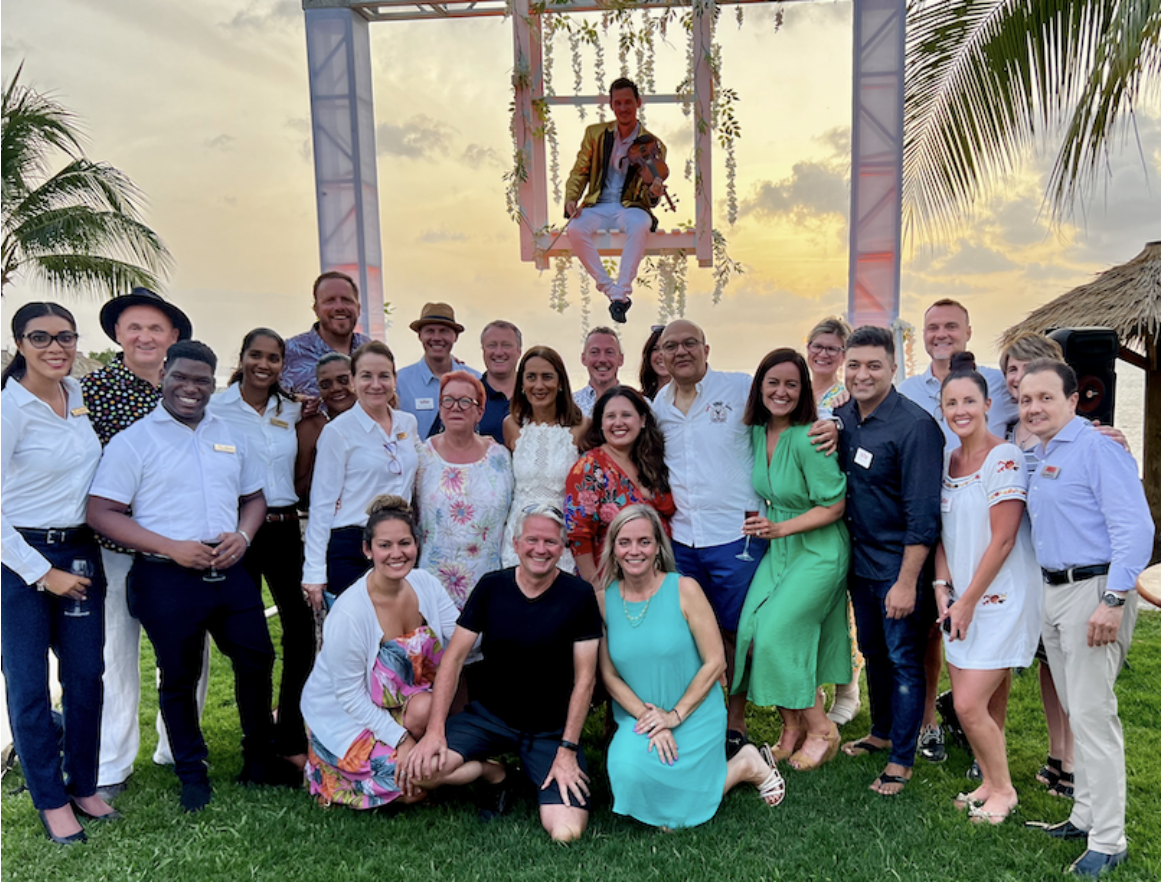 SITE’s International Board of Directors met in late June and experienced standout island hospitality — the highlights of which were captured by Chief Marketing Officer Pádraic Gilligan.

For an island nation of only three million souls, Jamaica has insinuated itself on the world’s stage and into the minds and hearts of multitudinous millions thanks, mainly, to brilliant storytelling, particularly stories that follow the archetypal trope of the underdog. The story of Usain Bolt, for example, who was told that at 6’5” he was simply too tall to be a 100m specialist. Or the famed Jamaican bob-sleighers who competed in the winter Olympics in 1988 despite coming from a tropical island with no snow. But music, too, has been a big part of Jamaica’s fascinating story, with Bob Marley taking the free and easy spirit of Jamaica all over the world.

Jamaica is well established as a leisure destination, reporting astonishingly high repeat visits amongst its loyal fan base.

The same is certain to happen in the field of business events and MICE based on the recent experience of SITE’s International Board of Directors. During our three-day destination immersion, we experienced peerless hospitality, great gastronomy and truly unique activities, all served up with a “yah-mon” attitude and a mischievous twinkle in the eye.

Our destination immersion was concentrated mainly around Montego Bay, one of Jamaica’s key regions, served by Sangster Airport, one of the two international airports on the island.

Our first encounter with Jamaica was magnificently mediated by Club Mobay, a VIP service that meets you on the land bridge as you disembark your flight, escorting you with seamless aplomb through the priority channels at emigration.

Montego Bay is exceptionally well-endowed with beachside all-inclusive resorts. We were hosted at Secrets St. James, one of two AMR properties that sit side by side on a peninsula west of downtown.

On our arrival night, the sales and marketing team at Secrets, led by Irene Prado and Lylibeth Eaton, organised a themed “under the stars” culinary extravaganza that brought al fresco dining to new heights, with dramatic food presentations and exotic entertainment.

Following our board meeting on day two, we undertook a short transfer east to the fabled Half Moon resort, mecca for the rich and famous since the early 50s, when the original British, American and Bermudian business moguls purchased the 35-acre site and developed 17 whitewashed cottages there, initially as a private winter escape. Ten of the original cottages remain part of the resort’s luxurious inventory, the latest addition of which is Eclipse, a standalone 57-key hotel.

At Half Moon we were met and greeted by General Manager Shernette Crichton and Director of Sales & Marketing Sharon Logan, while Issia Thelwell and Alesia Baker from the Group Sales Department hosted us at dinner at Delmare, one of the resort’s two restaurants that sits picturesquely on the lapping waters of the white sand beach.

There we enjoyed a magnificent fusion menu of Italian and Jamaican fare prepared by Venice-born Chef de Cuisine Claudio Facchinetti. Conversation flowed and stories from Ireland, India, Jamaica and America were traded as we lived, in the first person, that great Jamaican motto — out of many, one people.

Jamaica — It’s all About the People

By day three we knew we were only scratching the surface. John Woolcock, Manager, Groups & Conventions at the Jamaica Tourist Board, delivered a tour de force destination presentation during a focus group session involving SITE’s International Board of Directors and 20 senior destination partners, invited by John’s organization.

SITE’s expert incentive travel professionals highlighted the people of Jamaica as the destination’s primary asset, and lauded the world class professionalism of the DMCs and the all-inclusive resorts.

It fell to Michelle Johnson, regional Director of Sales of Amstar, our key partner for the event, to take us below the surface, behind the scenes, and provide that deeper dive into Jamaica’s culture, history and heritage. She was more than up to the task.

Once the morning’s business was complete, we were spirited off to Scotchie’s for traditional Jamaican street food and a full-on show, including the obligatory rendition of “Day-o” and a limbo dancing display. Some of us couldn’t stop ourselves from joining in.

After that we went rafting on the Martha Brae and I experienced what the romantic poet William Wordsworth terms a “spot of time” – small memorable events that occur outdoors, when you’re in touch with nature. Wordsworth’s relationship with nature was visceral and intense to the point that he routinely captured key scenes in his mind’s eye, recalling them at a later day to evoke peace and solace.

In the capable hands of our pilot, Royston, we drifted nonchalantly down the green river under a cool canopy of luscious leaves and, despite the fact that our entire group was on the same river at the same time, there was a moment when it seemed we were the only ones and the intense natural beauty of the unfolding scene imprinted itself in my mind with all the precision and permanence of a high res image. But then the spell broke, the hijinks started, and our destination immersion became total as some of us launched ourselves head-first into the lazy river.

An incredible day was brought to a fitting close with a Secrets culinary showcase featuring signature dishes from all of the onsite restaurants. We were joined by Donovan White, Director of Tourism at the Jamaica Tourist Board, whose presence underlined the destination’s absolute commitment to incentive travel.

As incentive travel kicks back into gear following the pandemic pause, demand for Jamaica will certainly increase, particularly from strong source markets like the US and Canada.

Tangible considerations such as ease of access, abundance of infrastructure and overall value for money will make Jamaica an easy choice for buyers of incentive travel experiences.

However, destination appeal — that unique but intangible property that belongs only to Jamaica — mediated through the stories we already know and the ones we discover when we visit — will be the decisive factor in catapulting this magnificent emerald island to the heady heights that it deserves.

SITE sincerely thanks John Woolcock and Margaret Clarke at the Jamaica Tourist Board for their unstinting and comprehensive support.

Lylibeth Eaton was “the hostess with the mostest” at Secrets, constantly surprising and delighting us with new and innovative ways to experience the property. And Sharon, Arlien and Issia at Half Moon provided a perfect intro to a stunning new development at Half Moon. 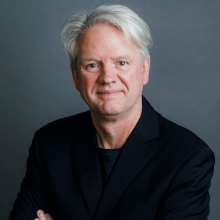 Find us in Frankfurt: How to Connect with SITE at #IMEX22

We’re so excited about the return of IMEX Frankfurt, a staple on many a MICE professional’s calendar each year.